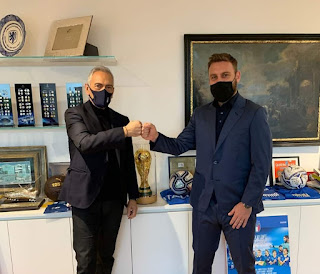 Starting today, Daniele De Rossi joins the coaching staff of Roberto Mancini. The former Roma midfielder, as reported by Chiara Zucchelli in "Gazzetta.it", has signed a contract marking his official return to the national team, right up to the European Championship. This time as an assistant, after 117 matches played in the Azzurri shirt, with which he won the 2006 World Cup, European Under-21 Championship and Olympic bronze: an ongoing bond and most importantly, a fundamental experience, for De Rossi, of growing up professionally. and having excellent relationship with the coach.
An important "buy" given the upcoming match in Italy, which in March will be involved in the 2022 World Cup qualifiers and will play the European Championship in the summer. "I am proud - Daniele De Rossi's words to the FIGC website - to start this new career with the national team and I thank president Gravina and coach Mancini for the trust and opportunity. It would be great to return to Coverciano, which for me means coming home and found a lot of former team-mates and lots of friends on the staff and in the group, and I can't wait to get started. I will do it with enthusiasm, knowing that I am new to the beginning and I still have a lot to learn, but I also hope that I can help team."
These were the words of coach Mancini: "I am very happy that Daniele has joined our group, I am sure he will be able to make an important contribution to the players and I hope that his first experience will be of use for the future".
“I believe - added federal president Gabriele Gravina - that his history, his experience, his inseparable bond with the Azzurri shirt can be a plus for a team that has shown they can achieve prestigious results. The coach knows how to improve his skills. 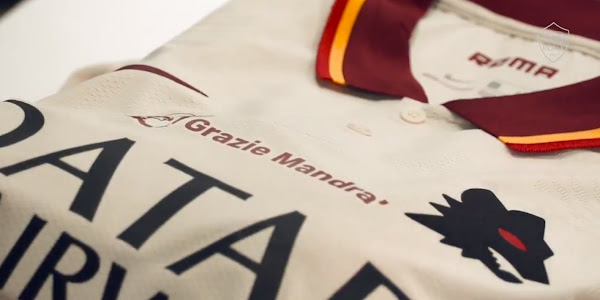 TIFOSIROMA - The memory of Gigi Proietti is always alive. After paying homage to the actor who died last November 2 with a minute of silence before …